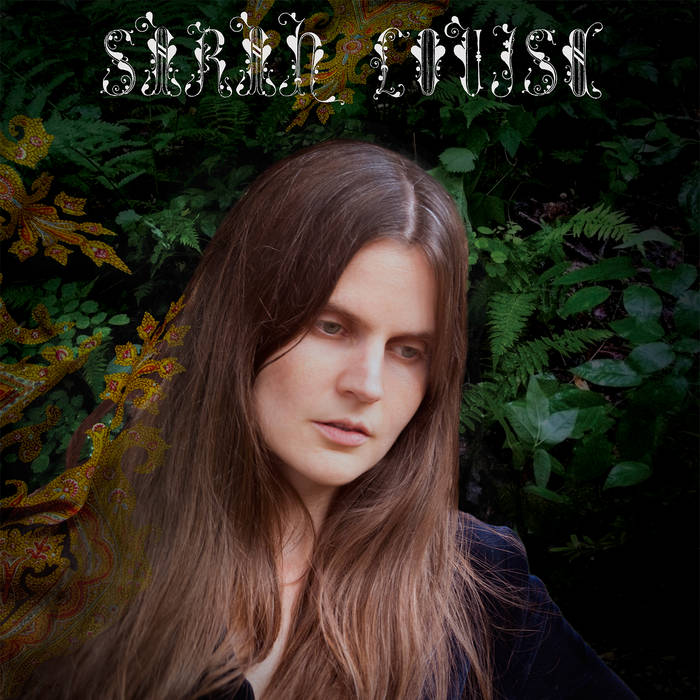 A D PAISLEY I love this album because it's like a breath of fresh air and it helps me feel calm and content. Favorite track: Up On The Ridge.

Phil Can't wait to get into this album. Thanks Sarah.

stewart travers I can't wait for this beauty. I've played "The Field...." time and again in anticipation for the rest. It's thrilling, but I need more!

On Deeper Woods, the verdant forest that surrounds Sarah Louise’s North Carolina home can be felt with each note. Louise’s poetic depictions of nature both lyrical and musical are animated and reverent. Lauded for her work as an accomplished 12-string solo guitarist, Deeper Woods is the first album to prominently feature her voice. Louise enriches her warm singular vocal sound with a lush variety of instruments as well as layers of harmonies that together create a tapestry of texture. Steeped in Appalachian folk traditions, Louise’s influences are much broader with shades of psychedelia and experimentalism, pushing her beyond genre constraints. Incorporating both traditional and modern methods of composition, Deeper Woods is a reflection on the struggle between peaceful isolation and the need for community. Sarah Louise’s Deeper Woods is as vivid in its beauty as it is transcendent.

Louise, an avid naturalist and forager, draws from the guidance that the natural world provides. Whereas portrayals of women in nature are often demeaning and powerless, a folk waif, Louise uses songs such as “Pipevine Swallowtails” to reframe them more powerfully. By reframing traditional music styles and lyricism with a feminist stance, Deeper Woods blends the spiritual with the cerebral. Sarah Louise is actively blending natural themes with explorations of complex emotions. The Appalachian valley is the setting for her stories of independence, solitude, and awe. “Bowman’s Root” and “Fire Pink And Milkweed” take their names from plants that grow on the edges of meadows, reflecting the album’s central theme of liminality. These liminal spaces and complicated emotions are made ever clearer by Louise’s nuanced performances and arrangements, with subtle melodic flares and delicate, sometimes dramatic, shifts in atmosphere.

The compositions of Deeper Woods are Louise’s most ambitious to date. Initially taking shape as a capella pieces, she began superimposing her vocal melodies over solo guitar pieces, meticulously reforming phrases until they fit. Although the album features moments of densely layered harmony, Louise kept guests on the album limited to only few close friends, instead opting to teach herself how to play instruments such as recorder and piano. “The Field That Touches My House and Yours” eschews the use of guitar entirely, replacing Louise’s signature intricate picking patterns with warm keyboards and synthesizers. The hazy waves of distortion on “When Winter Turns” is propelled by drummer and frequent collaborator Thom Ngyuen accompanied by the nimble bass of Jason Meagher (Black Dirt Studios).

While Meagher mixed the record, Louise produced and engineered the majority of the album herself, allowing her to control and shape her singular vision. Working in her own studio in close proximity to nature enabled Louise ample time to painstakingly refine each piece of Deeper Woods. Integrating elements of drone, spiritual jazz, and minimalism into her compositions, Sarah Louise makes music that is a distillation of her diverse inspirations, masterful musicianship, and unique perspective. Sarah Louise’s Deeper Woods is an album of remarkable sincerity and grace.

Bandcamp Daily  your guide to the world of Bandcamp